August 4, 2021 – The memory of a nearly lost 2020 faded as attendance and regular programs resumed at the historical village in the late fall/early winter of last year.

While attendance declined 19 percent over 2019, April through July showed a 14 percent increase in attendance over the same period in 2019. “We feel good about the rebound in visitor numbers,” said Executive Director Emilie Alfino. “The precautions we took to deal with COVID made visitors feel safe, and they slowly started to come back to the village and take part in our programs in ever-increasing numbers.” 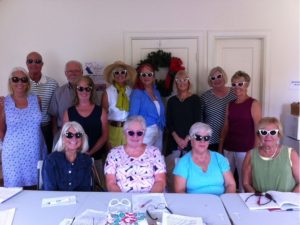 The village temporarily lost some volunteers who understandably chose to isolate at home. Nevertheless, volunteers worked more than 3,000 hours last season. They worked in the gift shop, decorated for the holidays, and helped guide people through the village. Regular docent-led tours, which usually take place twice daily, were suspended for safety’s sake, but volunteers located in three key positions throughout the village helped guide people.

“We were lucky to be able to hold the gala fundraiser in February just in the nick of time before everything shut down,” Alfino explained. “It was a rewarding event with a sold-out, generous crowd.”

Three “Volunteer Updates” were held. These are causal noon-time events with speakers who have various backgrounds and stories to tell about Sanibel. The topics were: “The History of Shelling on Sanibel,” “Black History on Sanibel,” and “The Algiers.” These Updates are also open to members at the $150 level or above, and they are on our website, www.sanibelmuseum.org.

Two Twilight Talks were held – outdoors, in accordance with CDC guidelines – one on “Fishy Stories of Sanibel,” and the other on “Taking a Bite Out of Sanibel: The Mosquito Story.” Both were sold-out; these are also on our website. 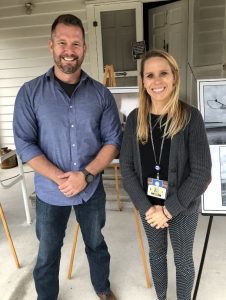 The Annual Meeting was held, also outdoors due to CDC guidelines, at which three new board members were elected (Celina Kersh-MonteSano, James LaVelle, and Gary Kebbekus), and a change to the bylaws was approved. After the meeting, new officers were elected: Bill Rahe, president; Tracey Tenney, vice-president; Annette Hendrick, treasurer; and Sherry Halleran, secretary.

A busy season is planned for 2021-2022, including a Gala Movie Premiere on 2/22/22, four volunteer training sessions, a ribbon cutting on a newly built pavilion, three Volunteer Updates (the topics are “State of the Village,” “Our Buildings Have A Past,” and “Growing Up on the Bay”).

Next season’s Twilight Talks will be “The History of Tarpon Bay,” and “God and Sanibel: The History of Religion on Sanibel.” These will be held at The Community House.

The village is currently closed for the off-season and will re-open October 19, Tuesdays through Saturdays from 10 a.m. to 4 p.m.

“We thank everyone and especially our members, donors, and the community of Sanibel, all of whom make it possible for us to fulfill our mission to preserve, share, and celebrate the history of Sanibel,” Alfino concluded.

The Sanibel Historical Village is currently closed until October 19. The village is located at 950 Dunlop Road (next to BIG ARTS). Admission is $10 for adults 18 and older; those under 18 and members are free. Docent-guided tours are available at 10:30 and 1:30 as long as there are no further COVID restrictions from the CDC. There is handicap access at the Village. For information, call 472-4648 during business hours or visit www.sanibelmuseum.org.